Skip to content Skip to main menu
Home › About

This website is the repository of materials useful in ministry in the Episcopal Church, United States.  Unless otherwise noted, all materials are free of charge and may be distributed free of charge.  The authors, however, retain all intellectual rights to the materials that is original to them. 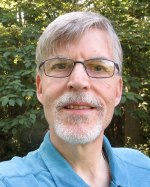 The Rev. Richard Fichter, Jr., is a native of Fairfax County, Virginia. He graduated from Virginia Tech in 1990 with a major of computer science and a minor in religion. After spending eight years in the computer industry, he entered Virginia Theological Seminary in Alexandria and graduated in 2001.  He was ordained deacon and then priest in the Episcopal Church in 2001.

Richard enjoys traveling. He has had several opportunities to travel domestically and internationally including visits to Russia, much of Northern and Eastern Europe, Israel, and India (1997 for sight seeing and 2005 on a mission trip with Five Talents). More recently his travels have been mostly via Carnival cruise ships in the Caribbean. He also has a season past to the local amusement park, Kings Dominion, where he visits regularly. Richard enjoys hiking, especially in the Shenandoah National Park, and photography. He also is a fan of science fiction and fantasy movies, TV Shows, and books.

Richard continues following his interest in computer science. His projects include maintaining his parish’s website (www.hwbkgva.org) and a website dedicated to audio recordings made at clergy events at the Diocese of Virginia’s Shrine Mont conference center (www.dovmedia.org). He continues to post his free Episcopal Liturgical Calendar that made its debut in the late 1990’s as EpiscoCalendar on the PalmPilot. He also has his own web based church membership system that he has slowly been developing.

His email is address is: rfichterjr@episcotech.org